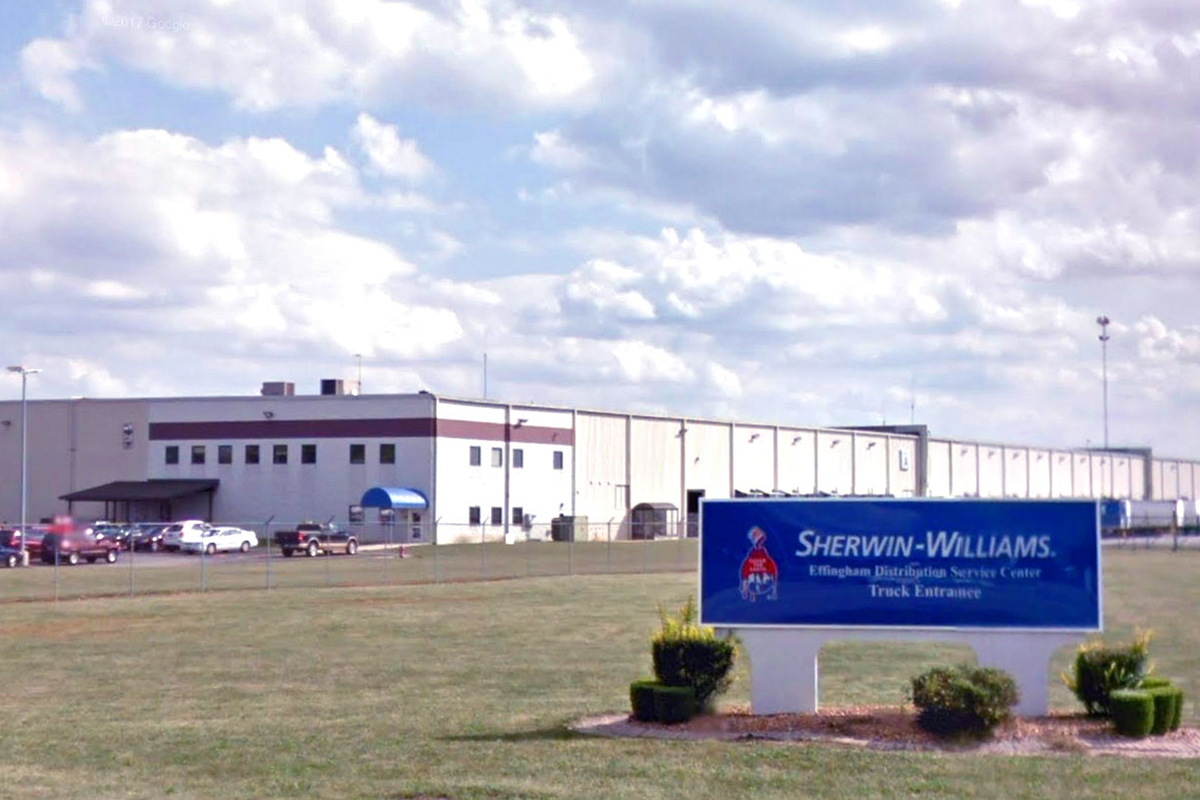 In 2009, keeping the Sherwin-Williams distribution center in Effingham, Illinois, was a top priority for city and state economic development officials. William Kadish, who serves as Director of Development and Dispositions for Lawrence Kadish Real Estate, was central to these negotiations. His company owned the property where the distribution center was located, and their part of the negotiation was a commitment to fund an initial $3.3 million in improvements as part of a seven-year lease agreement.

“With the incentives offered by city and state combined with our agreement as a landlord, the paint giant was willing to stay in Effingham, and the community kept those 300 jobs,” Will Kadish said. The property improvements were completed in 2012.

The Effingham facility is the largest distribution center in the Sherwin-Williams network. With 85 loading docks, it ships 3.5 million pounds of product daily out of the 1.2 million-square-foot facility via a fleet of trucks.

The beautiful headquarters with an award-winning design was vacated during a liquidation. Instead of subdividing for smaller tenants and damaging the intent of the original design, the owners waited for and found an ideal solution.
;

A former 50-year-old retail store was demolished to make room for a new Car Max showroom, thanks to a flexible real estate deal focused on the community’s best interest.